HIGHER MORTGAGE PAYMENTS MAY PULL HOME PRICES DOWN, BUT THE COST OF REPLACEMENT WILL KEEP THEM AFLOAT.

Blog / HIGHER MORTGAGE PAYMENTS MAY PULL HOME PRICES DOWN, BUT THE COST OF REPLACEMENT WILL KEEP THEM AFLOAT. 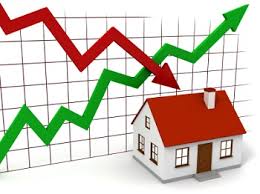 If you’ve been living under a rock for the past 6 month’s I’ve got news for you.

The bank of CANADA (and every other country’s bank) is very aggressively raising interest rates to put a stop to the massive inflation of goods and services we have had the past two years.

The massive inflation I speak of is has many causes, not the least of which is loose monetary policy.  Loose monetary policy refers to making money easy to obtain.  Think CERB cheques and interest rates of below 2%.  When money is in abundant supply (easy to borrow and in the case of CERB literally being mailed to you for sitting at home) it becomes worth less.  Not worthless, but worth less, just like anything else that is easy to get.   Things that are tough to get are worth more, so if money is not so accessible it will be worth more, thus the theory is that if you raise interest rates, inflation will go down.  This is also proven in our society’s history.  This time around there are some other factors at play, such as supply chains and that whole Russia/Ukraine thing but the core concept holds true… higher rates mean slower inflation.

Most (if not all) the headlines you see on this exact topic are suggesting a complete housing meltdown.  The argument is that the home that was worth $500k is now worth 360k because the payments are the same.  I disagree.

I DO agree that home prices will come down somewhat due to the cost of borrowing being so much greater.  But they can only go down so much. WHY?  Because of the replacement cost.  What replacement cost?  I am referring to the cost to build a home.  How much below what it costs to build something can it sell for?  Well, if nobody want’s that ‘something’ it can sell for way less, almost nothing.  But this is housing, in case you were in that same group of people who didn’t know rates were going up, we have a housing shortage in this country, AND the gov’t just announced big plans to up it’s immigration numbers in the coming years. (Side note: immigration is very good for the economy, and I’d debate to death anyone who disagrees).  So back to my point, how much below the cost to build a home can that home sell for?

Let’s do a case study shall we.   Open up REALTOR.CA and go to the map, then go to the southwest neighborhood of Brandon.  Find some of the brand-new homes being built by any of the builders, now check the price…. 500K PLUS!   Now scroll around and find some listings in newer neighborhoods with homes of similar size, homes that are maybe not BRAND new but at least have finished basements and landscaping (you know, like…. a tree) and are only 10-15 years older.  So, if that’s what the new homes are worth how much can these existing homes drop?  Exactly.  I can hear you saying that the new homes are way too much $$$$$$ and the builders are making a killing.  Not really, unfortunately.  Framers, plumbers, electricians, etc, etc, all make good money, and don’t even get me started on materials.  You can’t do it for much less (if any less) then the big builders.  It only makes sense financially if you are a tradesman of some kind who can do the work yourself, and even then, what’s your time worth?

“Yeah, but Dennis what about the older homes and neighborhoods that aren’t as pricey?”

Same thing I say.  Find an empty lot almost anywhere and price out what it would cost to build the exact home that is sitting next to it.  Yeah… so maybe that place is worth that isn’t it!

This argument that I am making falls apart in locations where the price of housing has ballooned way above the price to build it.  The bubble can burst if your home costs 500k to build and you sell it for 900K.  I’m looking at you GTA and Vancouver.  Being in a desirable location matters as well, you can’t build a place for a million bucks in the middle of nowhere and expect it to worth that if nobody wants live there.   But for the most part, in our market of Manitoba, in large centers, or in towns close to larger centers, the cost to build your home is acting as the life preserver keeping the price afloat.  So turn that frown upside down (unless you live in a high rise in Abbotsford that you paid 900k for…. you should be really worried) your home is still good investment.

That about covers it, thanks for your time, I hope you enjoyed the read.